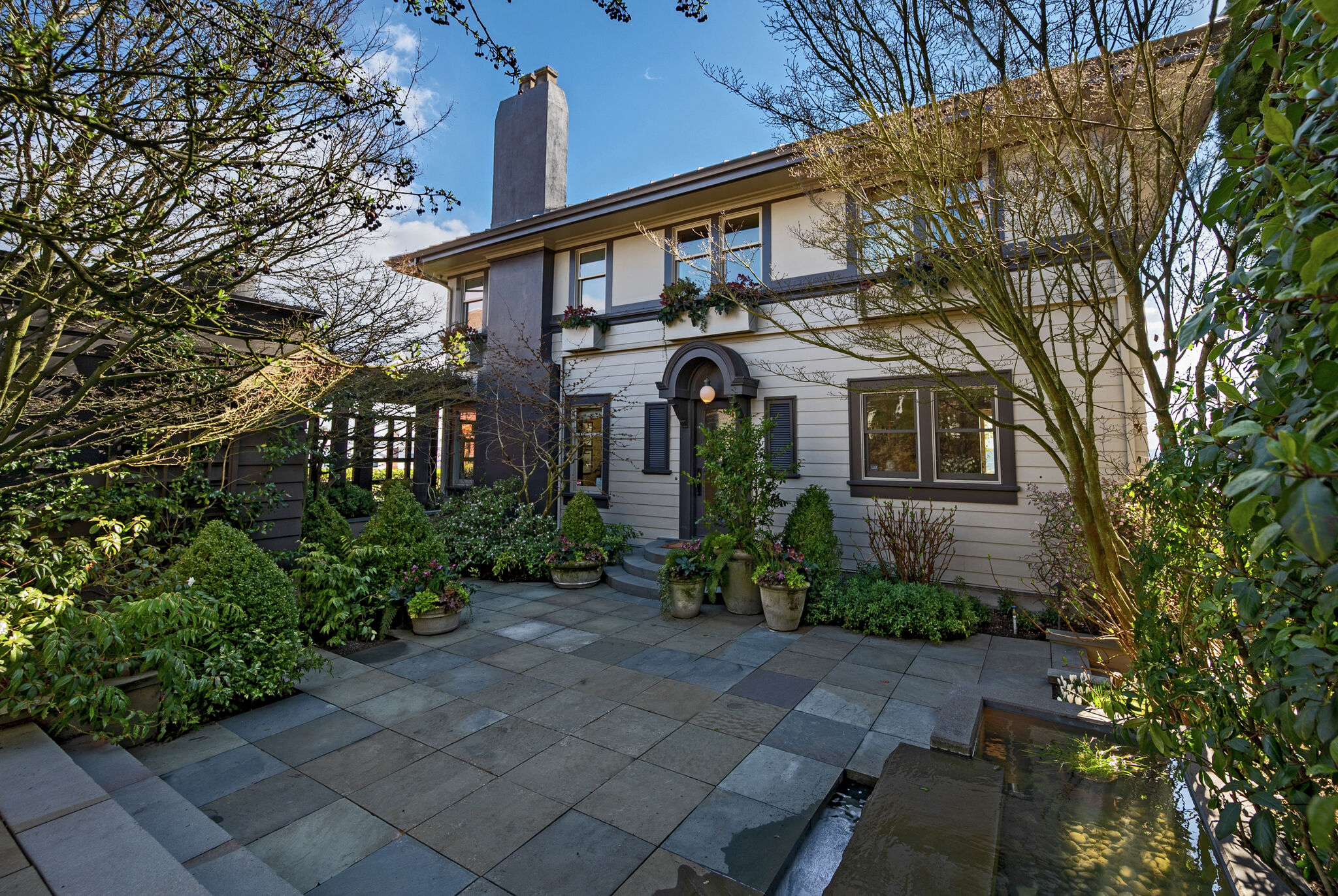 Built in 1925, this prairie-style home in Seattle’s Queen Anne neighborhood has some interesting Pacific Northwest heritage and is replete with stunning views of the city.

The home’s first owners lived here for more than 20 years. After their tenure, it passed to one more family before it was sold to the Jongewards in 1958. According to listing agent Rene Stern of Windermere, Thayne Jongeward was a manager at Simpson Timber Company, while his wife Jean was an interior designer.

“Working with such architects as Roland Terry and Ralph Anderson, she became the most prominent interior designer in the Northwest and established a unique Northwest style,” Stern said. “The interior of her own house was considered the epitome of her style.”

Today, the home still showcases that legacy, but it’s balanced with distinctly modern elements. The indoor space is laid out in an open floor plan and flows seamlessly to the outdoors, where residents are able to see stunning city, mountain and water views. It encompasses 4,130 square feet.

It’s complete with four bedrooms and four bathrooms, and offers a fully designed office that’s conducive to a work-from-home lifestyle.

The primary bedroom’s walk-in closet is enormous and includes clever built-ins that allow you to organize every garment and accessory.

The huge deck, which is a new addition, offers a cinematic place to sip a cocktail and enjoy the setting. The private courtyard creates a sense of sanctuary, making it easy to forget that this location is so close to all the best amenities of the Queen Anne neighborhood, not to mention the heart of the city itself.

Anna Marie Erwert writes from both the renter and new buyer perspective, having (finally) achieved both statuses. She focuses on national real estate trends, specializing in the San Francisco Bay Area and Pacific Northwest. Follow Anna on Twitter: @AnnaMarieErwert.