Sandstone and its Forming Process 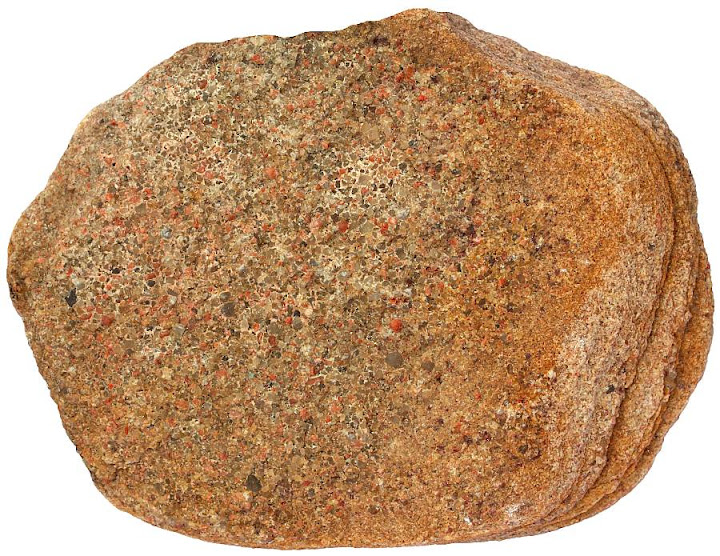 Sandstone is a clastic sedimentary rock composed of sand-sized mineral grains or organic matter. Inside the sandstone there is cement that binds the sand grains and usually consists of silt and clay matrix particles that occupy the spaces between the sand grains.

Sandstone is one of the most common types of sedimentary rock and is found in sedimentary basins around the world. Sandstone is often mined for use as a construction material. Below the surface, sandstone often serves as a groundwater aquifer for or as a reservoir for gas and petroleum.

Before getting to know more about sandstone, it is better to understand the difference between the terms “Sandstone” and “Sand”. For a geologist the word “sand” in sandstone refers to the size of the grain particles in the rock, where the particles or grains consist of various sizes, namely 1/16 mm – 2 mm. While the definition of sandstone is rock composed of grains of sand.

Sand is usually composed of particles or grains of mineral, rock or organic material that has been turned into a “sand” size by weathering processes and transported to a depositional environment by transport media such as water, wind or ice. Their transportation time and distance may be short or significant. During the course of this grain, will always be followed up by chemical and physical weathering.

If the sand is deposited close to the source rock, its composition will resemble that of the parent rock. However, the longer the time and distance that separates the source rock from the sand deposits, the composition will change significantly during the transportation process. Granules consisting of easily weathered materials will be changed and minerals or particles that are physically weak will be lost or destroyed.

If the granite rock is the original source of sand, then the sandstone will be composed of mineral grains of hornblende, biotite, orthoclase and quartz. Hornblende and biotite are the most susceptible to chemical and physical changes so that they will be eliminated in the early stages of transportation.

Orthoclase and quartz will last longer because their chemical bonds are more intense and less prone to cleavage. Quartz minerals usually form the most grains of sand, these quartz grains will form the sandstone that we commonly refer to as “quartz sandstone”.

The grains in sandstone can be composed of mineral, rock or organic matter. The amount (percent) of the types of sand grains depends on the source of the grains and how they are transported.

The mineral grains in sandstones are usually composed of quartz and sometimes can be very high in number (>90% SiO2). This is because the grains of sand have undergone repeated transportation by wind or water media, or commonly referred to as “mature”. Other sand grains may contain large amounts of the mineral feldspar and if they originate from a parent rock with a significant quartz content then the feldspar sand grain is said to be “immature”.

The general description of sandstone (for ordinary people) usually refers to the percentage of sandstone constituents (mineral or rock grains, or organic matter). For example, if the dominant sandstone is composed of quartz mineral grains, it is usually called quartz sandstone or silica sand.

As we know that gold has high resistance and flexibility, so does diamond. This is what allows these two valuable minerals to be resistant to chemical and physical weathering processes during the transportation process.