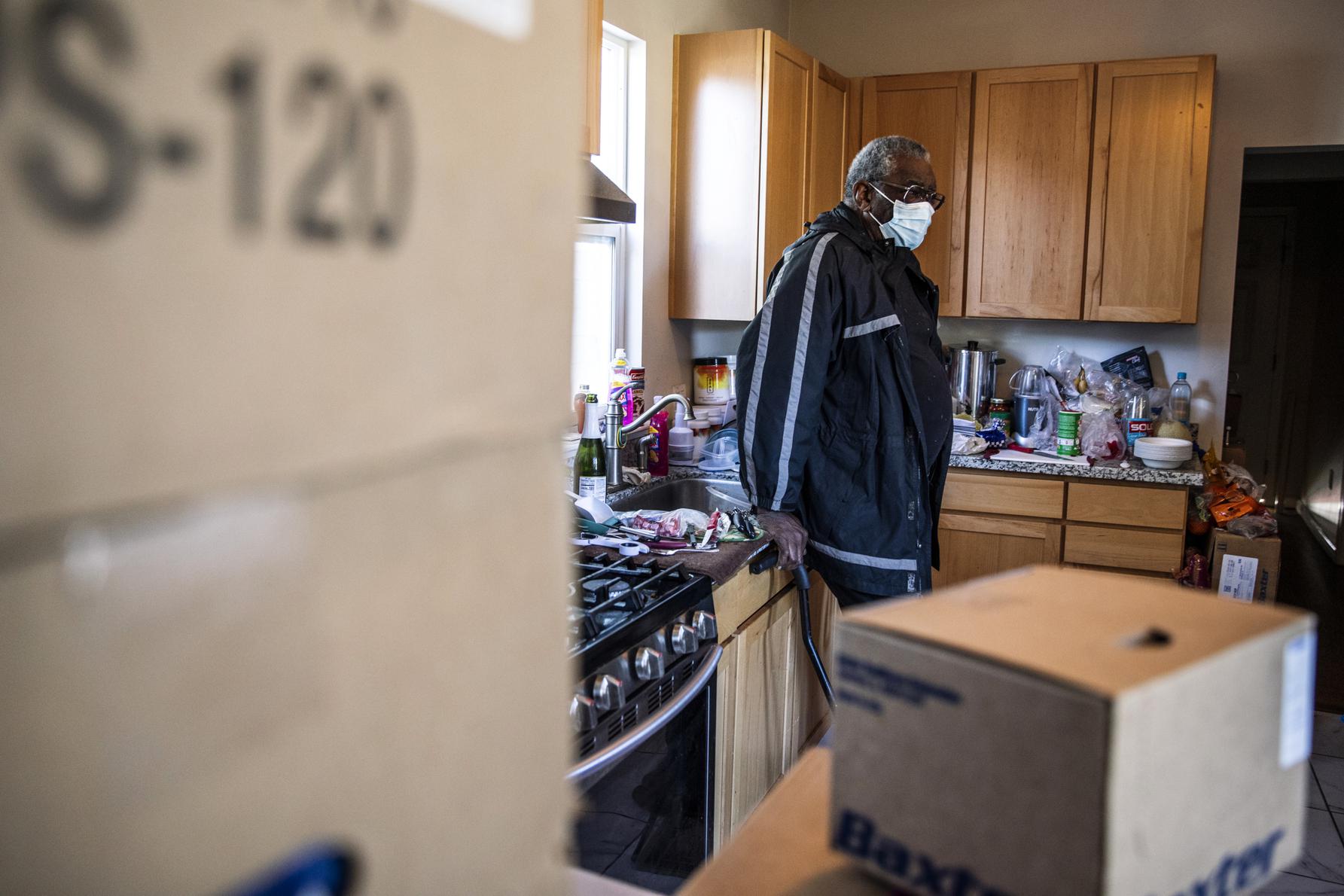 Good morning, Bay Area. It’s Monday, Feb. 28, and rain might be in store this week for Northern California. Here’s what you need to know to start your day.

In Berkeley, one nightmare home renovation has raised questions about a little-known legal process called “health and safety receivership.”

Leonard Powell, a Black homeowner in a fast-gentrifying part of the city, faces $1.1 million in costs after forced updates to his property. What began as fixing code violations identified when city police served a search warrant at his home in 2014 has spiraled into a years-long court saga and the threat of bankruptcy.

Berkeley placed the 79-year-old veteran’s house under a receivership, a legal process that allows a third party to take control of properties local governments identify as problematic. The costs of retaining a receiver, renovations and legal representation fall entirely on homeowners like Powell.

For a while, Powell thought he would leave his home to his 26-year-old granddaughter as a nest egg. How did he end up here?

An estimated 9.5 million trees died in California last year, thanks to the increasingly high temperatures and years of drought. And hundreds of millions more may have been lost to wildfires, according to federal data.

Dry weather results in a surge of bugs feasting on bark, diseases and dehydration. It’s well above what scientists consider normal for the environment, and it’s dramatically changing the way the state’s forests look.

The disappearance of trees is bad for several reasons. For one, there are fewer trees to reduce the effects of climate change. It also threatens habitats for birds, insects and other animals.

It’s the latest in a run of mortality since 2010, which now exceeds 172 million trees, reporter Kurtis Alexander writes. Is it too late to save California’s forests?

• A new mutation of the omicron variant could be more transmissible than its original strain, but does not appear to create more severe infections. Highly vaccinated regions like the Bay Area are unlikely to see a huge rise in “stealth omicron” cases, but that doesn’t mean it’s not circulating, one UCSF expert says.

• As California faces protests over classroom mask mandates, the state plans to announce new rules for K-12 schools today. Here’s what we know so far.

• In case you missed it, the Centers for Disease Control and Prevention has changed the way it assesses COVID risk on a county level. Almost every Bay Area county is out of the “high transmission” level, meaning case rates and hospitalizations are dropping significantly.

• Property rights: Seventeen years after a wealthy family bought Napa’s Walt Ranch, controversy rages on about land use, habitat preservation and the future of new vineyards in Wine Country.

• Weather forecast: Expect some rain this week after last week’s cold snap in the Bay Area.

• Amber alert: The California Highway Patrol said a 2-year-old boy missing in Sunnyvale was located nearby.

• No snowfall: Satellite images show just how much the Sierra Nevada snowpack has shrunk in recent weeks.

• “Stand up for justice”: The Oakland City Council created Oscar Grant Day in remembrance of the man shot in the back by a BART police officer in 2009. Here’s how his family observed it.

• Equestrian injured: A young woman was hurt when a car stuck a horse after the rider participated in Oakland’s Black Joy Parade.

Perhaps you’d rather dine at home than eat out these days. With wet weather on the way, it might be preferable to venturing out in the rain. The Chronicle Food + Wine team has a pho-meets-French dip recipe that jus-es up any sandwich.

For Bay Area residents who prefer their sandwiches made for them, there are plenty of sandwich spots serving tasty fillings on bread. I’ll take this chance to revive the argument over whether a hot dog is a sandwich — if you ask me, any meal where the bun is on either side of the filling rather than on top and under should not be considered a sandwich.

Under California law, companies aren’t allowed to use unpaid interns for work that’s essential to the business. But a Chronicle investigation found that one Sunnyvale startup appeared to rely on unpaid interns to help keep its business running.

Ten former interns at Oigetit Fake News Filter told reporter Carolyn Said they felt exploited by the company, that they were expected to be constantly available, and felt criticized if they made mistakes or didn’t respond quickly enough to executives’ messages.

The company said more than 100 interns have given its program a glowing review.

Bay Briefing is written by Gwendolyn Wu and sent to readers’ email inboxes on weekday mornings. Sign up for the newsletter here, and contact the writer at [email protected]

Some property transforming positions bring much more ‘joy’ than many others

Some property transforming positions bring much more ‘joy’ than many others

May 17, 2022 Ellie
We use cookies on our website to give you the most relevant experience by remembering your preferences and repeat visits. By clicking “Accept All”, you consent to the use of ALL the cookies. However, you may visit "Cookie Settings" to provide a controlled consent.
Cookie SettingsAccept All
Manage consent